We had some thinking and planning to do re food for the next few days.  We were passing through small villages only until Wednesday evening, so needed to stock up on staples.  I was at the Carrefour at Pesmes at 8am, and Tony set off in his walking direction.  I bought the necessary, and cycled my way to find Tony on the country lanes that he was striding along.

Today was all tarmac again.  On these days there are no off-road walking routes ( Grand Randonnee GR routes ) on our map.  We could trail across farmer’s fields, through forests and wade our way through streams in order not to be on tarmac, but that would be far too much effort on these occasions, and also illegal.

We were heading for a B&B - Aux Mesanges ( English translation - “To the Tits” ), our last of this trip. The sun was doing it’s thing, but we were well stocked with water and goodies.  We had a coffee and orangina break in one village, and wondered if we might actually hit 2 cafes in one day with the next village that we were due to pass through.  To no avail - the next village’s cafe shut a 2pm - we were there 2.10 pm. It was a record, however, that 2 consecutive villages actually had cafes !  Why on earth shut a cafe at 2pm on Mondays ?  I still don’t understand or appreciate or see the logic in the French working week / opening hours system.  Drives me crazy.

The final straight was straight.  We were at the B&B at a record ( for an 18 mile day ) 3.15 pm.  We were welcomed ( rather than snarled at for being early ) by our hostess.  Tony had a luke warm bath ( just on the cusp of being cold apparently ), and he was snoozing by 4pm. 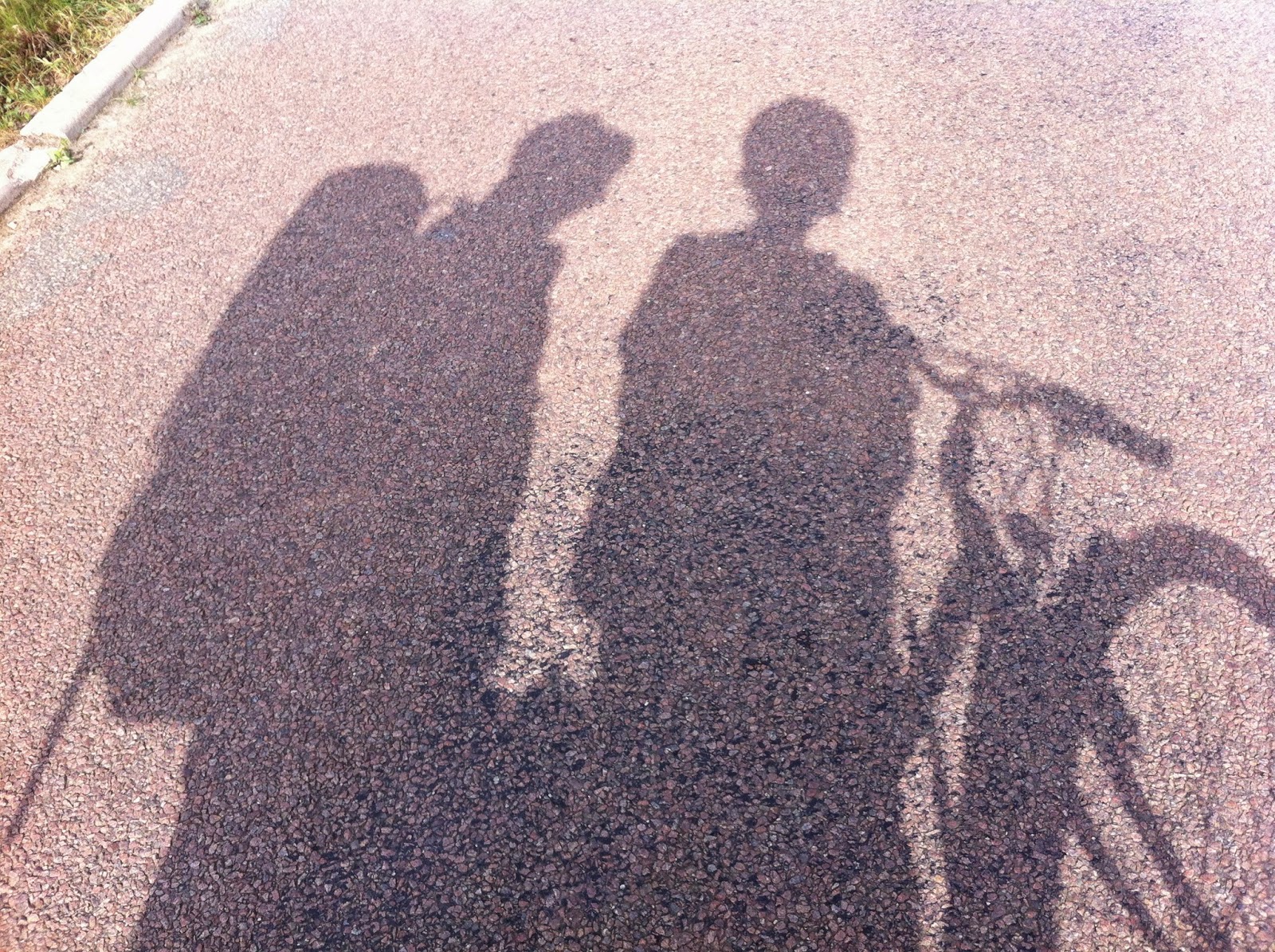 I coordinated the washing of our clothes in our kind host’s washing machine and hung them out to dry.  Oh, how good it was to have fresh smelling clothes, know what I mean J & J ?

An early night was again had by both.

Posted by Happea Travellers at 12:44