We left Cranfield after shopping for lunch and camp tea provisions.  I had a phone number of a Tourist Info office to contact to try to obtain a stop-over location for Monday coming.  We had managed to secure beds at a Buddhist Retreat - Amavarati, but were not too keen on the idea of the 5.30 am rise, the group worship / chanting followed by chores all before 8.30 am that we would be obliged to partake in.  Project ‘ avoid 5.30 alarm clock’ was underway.

I was very lucky to find a pub that was open at 10 am that allowed me to have a cup of tea and use their wifi.  I spent 1.5 hours search t’net, which resulted in 2 leads.  One is currently being followed up so will be able to inform you of the result in a day or so.
Tony, in the meantime, had re-crossed his farmer’s fence illegally in order to get back on track ( Bellway homes etc ) , I mean path.  We met at our agreed meeting point in Salford ( not near Manchester ).

It was a very hot day again, but not moaned about in the slightest.  In mid afternoon we arrived at Woburn, of Woburn Abbey - a very wealthy village judging by the shops, buildings and cars.  Woburn Abbey ( our second last Abbey before London ) is in fact a stately home owned and lived in by the Duke & Duchess of Bedford ie is no longer an Abbey Abbey.  The northern wing of the current building was built onto of the remains of the original 12th century abbey.

Moving on from Woburn we only had a few miles to travel to Milton Bryan Scout Site.  We had arranged permission from the local scout group ( Torrington ) for us to camp there.  We arrived late afternoon to an empty site and plenty of space.  There was an already erect marquee at the end of one field conveniently near the toilet block, so we pitched our tent inside it.  We also gave ourselves some more luxury by moving a nearby picnic bench to within the marquee tent also.  The idea of cooking and eating whilst sitting upright and off the ground was quite exciting.  I did some small garment washing and hung it on a nearby tree.
Then - the local scouts + leaders arrived.  We chatted to the leaders to explain our presence and I quickly removed my small garments from the tree.  The Scouts set to creating 2 very large fires on which to toast marshmallows after the evenings other loud activities were over. Memories of toasting marshmallows on a big fire as a teenager at the Walkers, with the Coxes, and then being violently sick straight after came flooding back.

The scout leaders were keen that we have our photo taken with the group and they also gifted us Torrington Scout neckers.
The Milton Bryan Scout Site has an interesting history.  The building on the Scout Site played a vital role in WW2 as a Broadcasting Station.  From the premises the Daily Express correspondent Sefton Delmer and his Multi National Team waged by various means a highly effective black propaganda campaign against the Nazis.

After cooking tea, freshening up and after the group had left the site, Tony spent some valuable time picking the prickly bits ( little prickly balls, and tiny dagger seeds ) out of his socks. 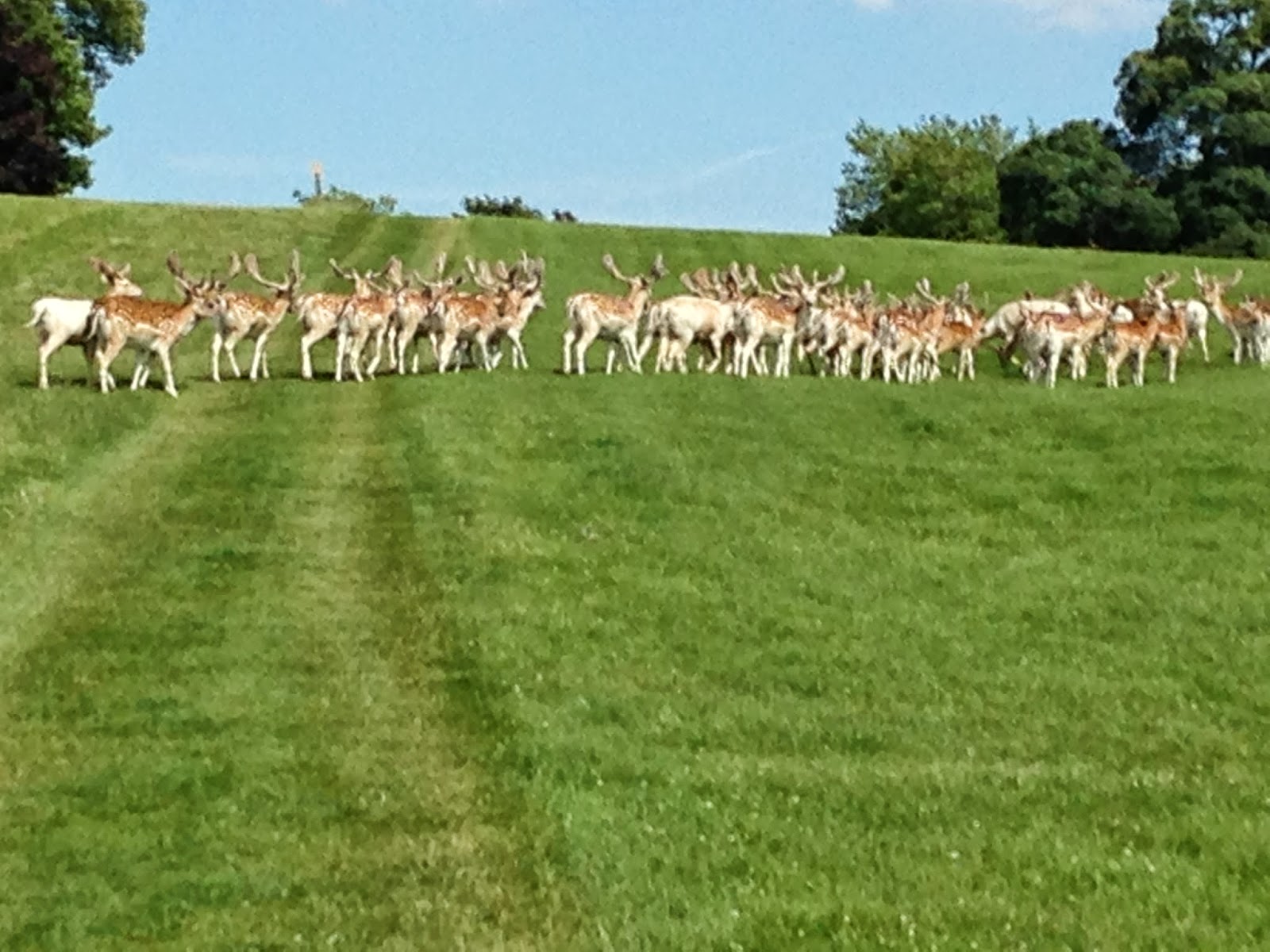 Posted by Happea Travellers at 06:39