Today was going to be a long days walk so we were up early at 6.30am, breakfasted, packed, room made tidier so it did not look like a hurricane had gone through it, and walking out of the hotel door by 8am. We had to return to where we had left the canal on Friday to continue that days walk to the end point - Chalons-en-Champagne. Route and walk diary notes completed by 9am.

We stocked up on our now obligatory pain au chocolat for elevenses and a fresh quiche for lunch at a Boulongerie and then set off for the day’s walk. The start of the walk followed the river Marne which had various information boards, in English, explaining some of the history of the river area.

In the early 19th century there was huge encouragement for the villagers to grow their own produce so big swathes of the land close to the river were given over to allotments. These were extremely successful at the time but now due to urban sprawl over 45% of the land has now reverted to housing - a sad demise given how there is a resurgence in growing fresh produce again.

There were also tales of the various bridges across the river being blown up first by the French, the Germans and the Americans to disrupt the occupation of the City.

We soon left the river and villages behind and before we knew it we were in the middle of nowhere, literally. Our route today took us across country in a very straight southerly direction along the original Roman road. The fields around us had been stripped of all the hedge boundaries so the wind howled around us all throughout the day. To say it was hard going is an understatement, we just put out heads down and pressed on.  Rachel spent most of the day walking and pushing the bike as it was too hard to cycle.

After 17.5 miles for this section and the previous 2.5 miles completing Fridays route we finally arrived at our venue for the night.

Now at various sections of the route, usually churches, walkers on the Via Francigena are given accommodation information for future villages along the route. Our venue would have been a B&B provided by a very enthusiastic French Lady - Mrs Songe, unfortunately she was on holiday. After a previous, lengthy conversation in French and English she was still very keen for us to stay there and camp in the garden….

We arrived, and met one of her family who said “Bonjour” and walked off with phone stuck to his ear, most likely calling Mrs Songe to say that we had arrived. Hopefully he wasn’t ringing the Gendarmerie to say some dodgy looking people were camping on a local’s lawn….well they didn't arrive and we didn't get arrested, although some neighbours were very interested in what we were doing.

We found a site close to the vegetable patch and sweet smelling dahlias, pitched the tent, cooked tea and were settled in our canvas abode before 7pm. Rachel caught up with writing the Blog notes and Tony read his book on his phone. The very windy day and endless straight road must have taken more out of us that we first thought as Tony was all snuggled up like a baby and unconscious by 7.30pm and Rachel followed suit at 8pm. 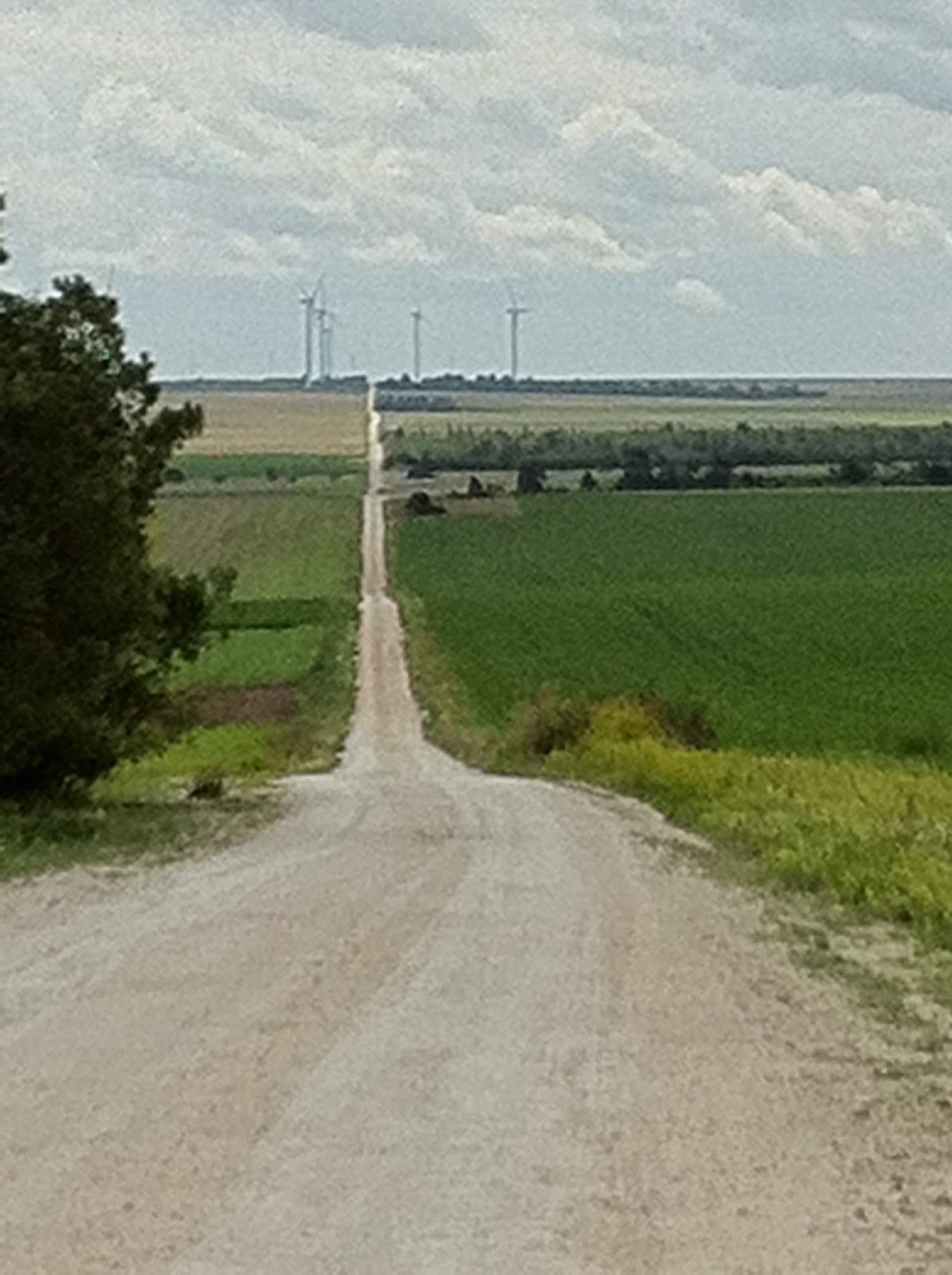 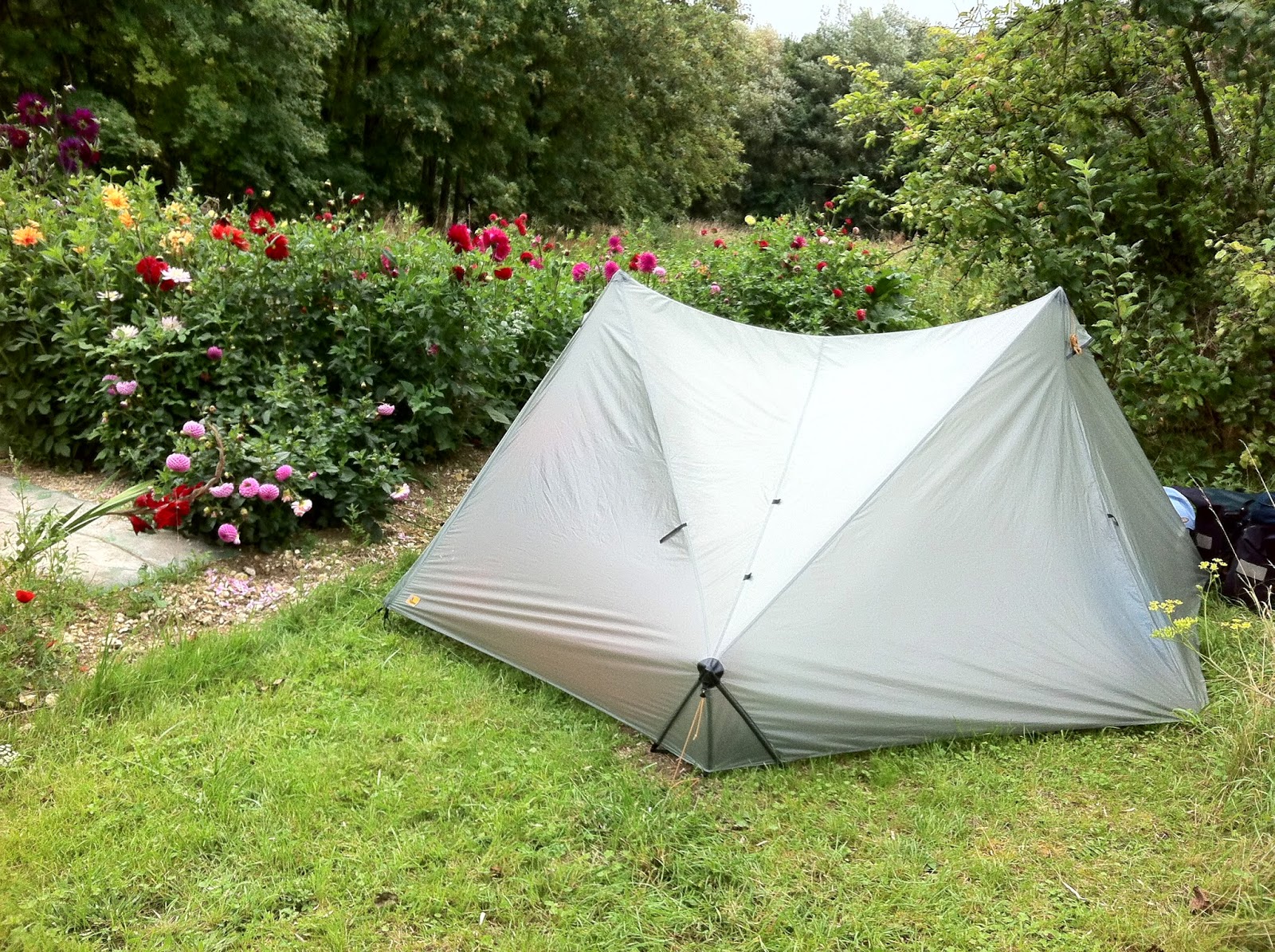