We left our little oasis camp site slightly later than intended, but knew that the mileage to our next stop was less than had been common in recent days.  My exit from the campsite was straight onto the very busy road from whence I came, and it was just as busy if not busier.  My first hour or so was contending with non-cyclist friendly traffic - quite intimidating.
Tony’s first hour or so was also an adventure in the sense that he approached a bridge over which to cross the river Nene only to find that it was no longer there - apparently gypsies had burnt it down about 3 years ago ( according to a council worker that Tony spoke to ). With no alternative footpath notification and after much head scratching and a 1.5 mile detour he managed to get across the water and meet me at our first rendez-vous point.

The rest of the afternoon was less of a struggle in the sense that I was back to lovely quiet ( downhill mostly ) country lanes and Tony’s map landmarks were all present and correct in reality, including following the route of a Roman Road for about a mile.
We met at Odell so that we could pass through the Odell Country Park together to arrive at the village of Harrold at the other side, where we had ( another ) B&B booked. I travelled through the park on the track and Tony went across the meadows and yes……….another Bovine incident. This time they were having none of it and really wanted to either get to know Tony or just follow him. Tony was last seen walking backwards briskly


down the path out of the field closely followed by the   herd of amoooosing Bovines.

My previously referred to ‘ fecking shin splints’  are now thought of with great affection - certainly a blessing in disguise for me ! 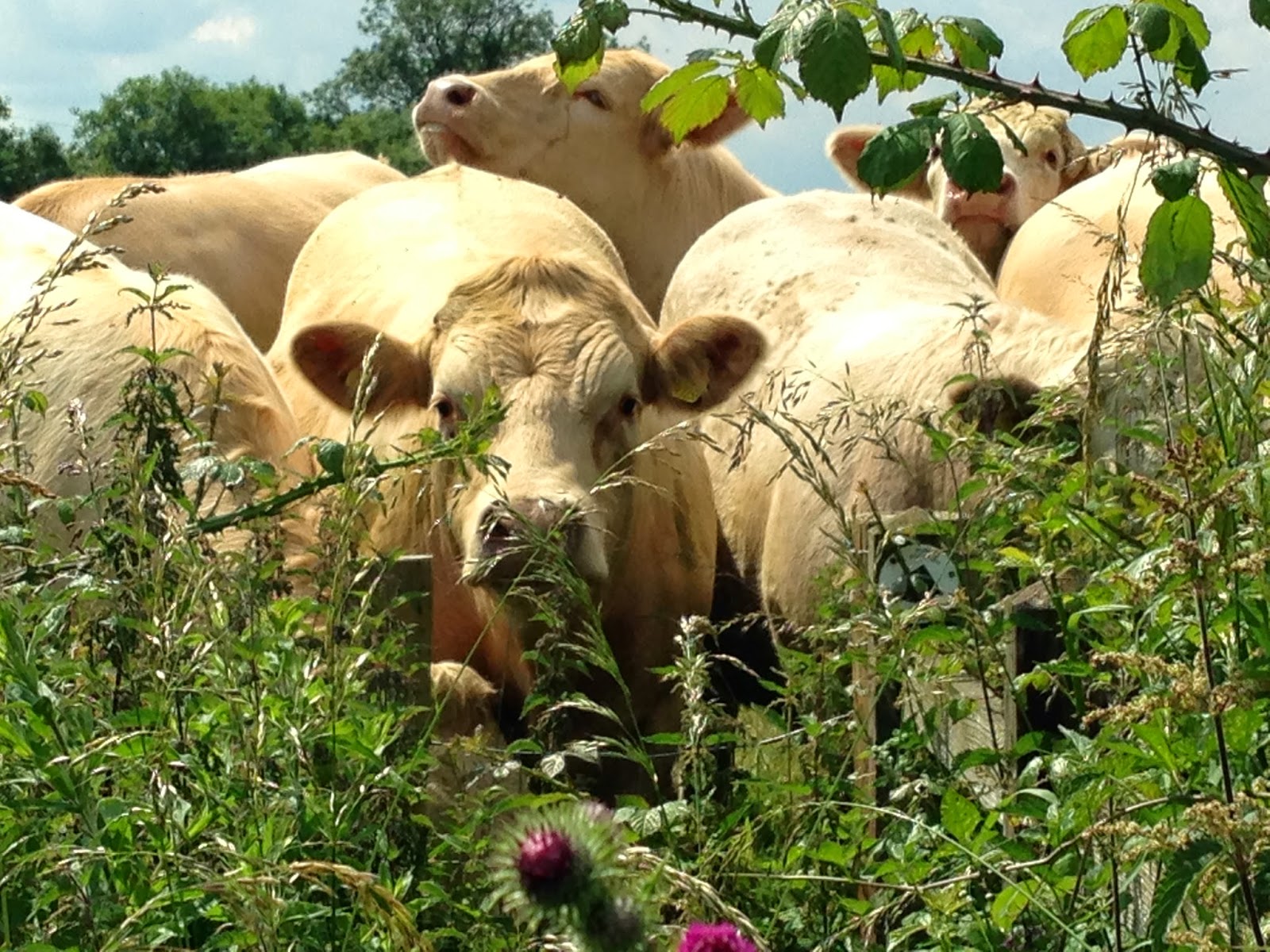 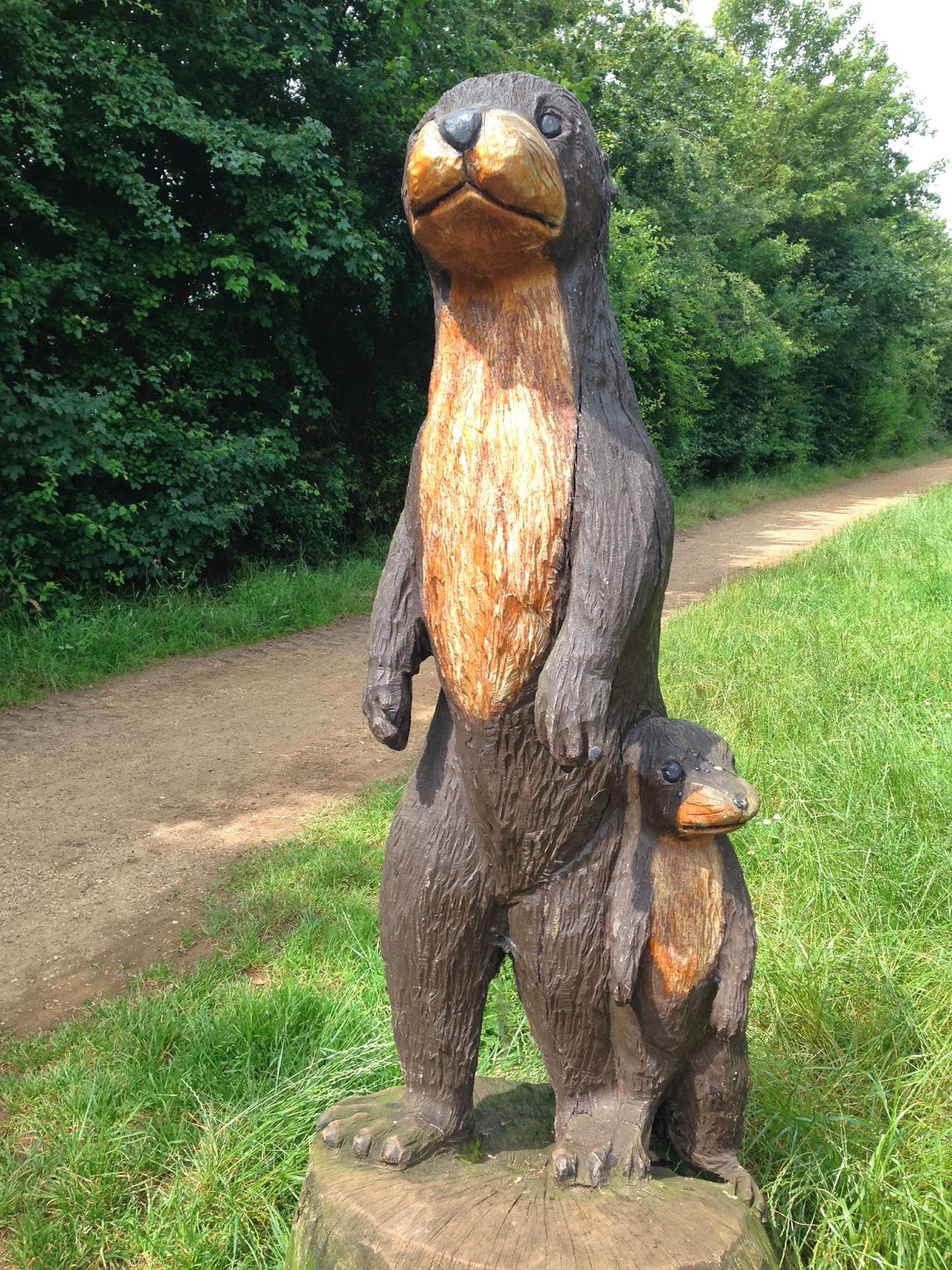 Our accommodation was a wee motel like room - self catering style for breakfast. With a fridge full of goodies and lashings of cereal choices.
We treated ourselves and had a carry-out curry in our room for tea, whilst watching telly …….…in bed !!

Posted by Happea Travellers at 12:22