We re-joined the Thames Path after retracing our steps through the ‘Shameless estate’.  Soon we turned inland heading towards Dartford.  We had intended to walk and cycle separately but due to difficult / bad signposting walked / cycled together.

It was stiflingly hot and we were in an area where there was no shade at all.  Cycle helmet stayed on in place of a sun hat, to match Tony’s sun hat which, it seemed, he hadn't removed for days.

Again, in Dartford, walk signs that we were following for this stretch where bad, or had been removed resulting in some detours and repeats of sections leaving us tetchy and tired.  We stopped in a pub to charge appliances and to get some cool liquid inside our very hot bodies.

Away from Dartford we stayed together with me struggling on walking ( rather than cycling ) paths so that I didn’t have to negotiate very busy roads.

We were heading for another campsite, and were looking forward to expected basic facilities as described on the phone by Wayne.  I arrived at the campsite before Tony, only to find that it was even more basic than we had accepted it would be - only porta-loos and an outside cold water tap for filling receptacles ie no indoor toilet or sink with running water ( what we had expected ).  Tony arrived at the site and within an instant declared that he didn't want to stay there especially as they were going to want some money from us for our stay.  So, at 6.30 pm we headed down the country lane with no accommodation planned for the night.  I did some deep breathing, and talked to myself out loud. Tony knew he was not in my good books.

My instruction was to to ride on to the next village to check out the usual pub / b&b / grassy patch at back of pubs / locals with garden for us / quiet field options.  I performed the necessary investigations and came across a large playing field that had an evening activity for local children happening on it.  I chatted with the car park attendant and a deal was done - we could use the park loos until they were locked at 7.30 ( fill up with water and wash a bit - hooray ! ) and could also camp on the bit of field near the river that is obscured from view of the bridge / village.  Much relief was felt by me, but not excitement.  In fact I wasn't a happy bunny at all.  I was starting to fantasise about my 3 bed-semi with big bed, and instant hot water and chairs.

We pitched up.  Tony had his much deserved pasta tea, but I had no appetite.  I wanted to rest because I knew that I would need to stay awake and alert all night in order to fend off any potential axe wielding murderers or locals with their tinnies riding their scooters over our tents for amusement. 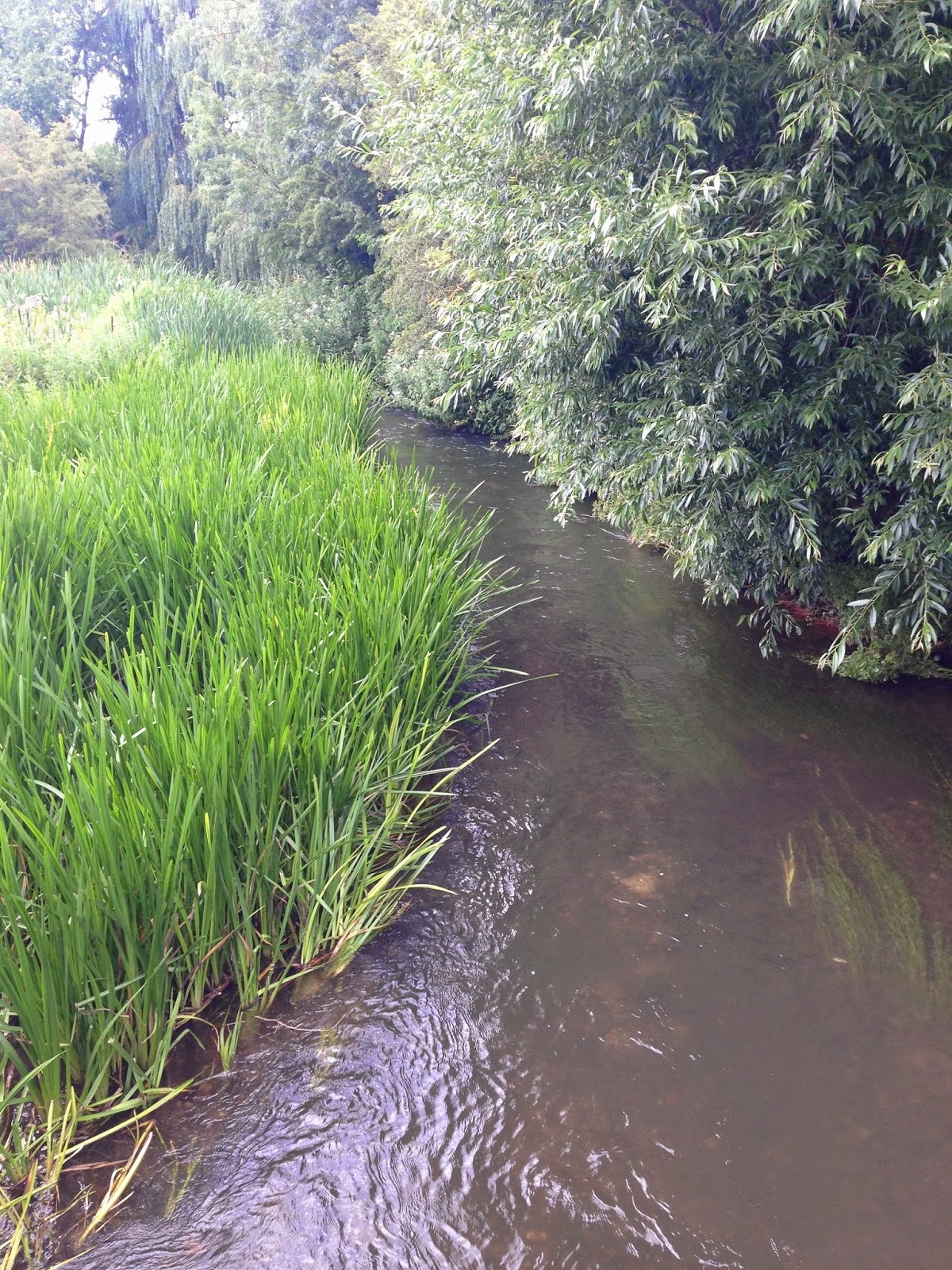 Posted by Happea Travellers at 09:21